The history of cutlery 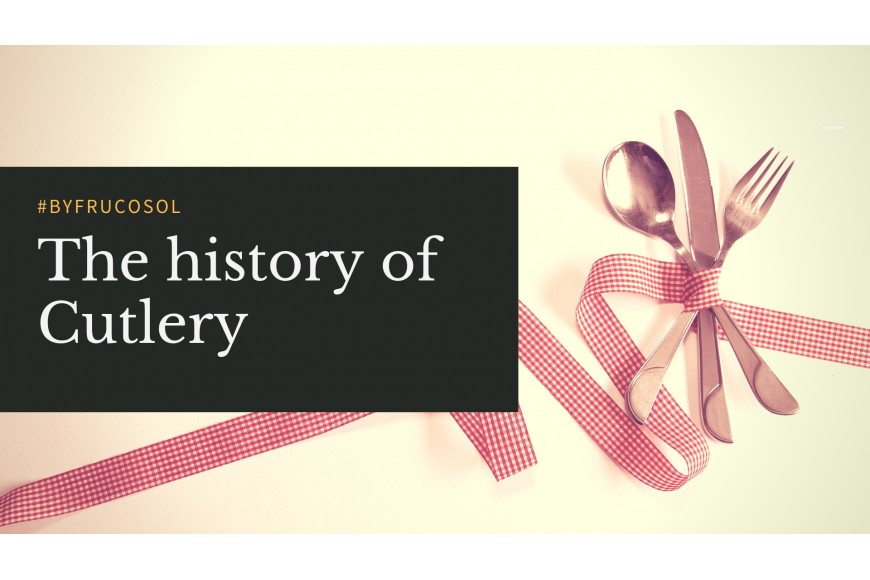 Cutlery is a tool that we use daily almost by instinct, but without realizing how rare our life would be without them. Do you know how they have become what they are today and where they have their origin?

The fork has a relatively recent history since previously people ate with their hands without qualms. The fork arrived in Venice in the 11th century from Constantinople. It was introduced by the daughter of the Byzantine emperor, Theodora. The forks of the time were flat, with only two tips and heavier, which made them more difficult to handle. The Italians did not welcome this invention since it was very difficult to adapt it to their food that was mostly pasta (noodles in particular). The people of the time even had rules to eat with the hand: for example, in some places only ate with 3 fingers leaving the annular and the menique without using. For all this the fork was not well received and disappeared from Europe for around 300 years.

At the wedding of Catherine de Medici with Enrigue || of France in 1533, the fork was reintroduced and became fashionable in the French court.

The shape of the fork

The shape of the fork has changed considerably during the time: it went from being a single stick to prick, to having 2 points. In the seventeenth century the fork with 3 points finally came out and in Italy the 4-point fork was introduced which made it easier to eat the pasta. Its use became widespread in the eighteenth century and especially in the nineteenth century thanks to mass production and new techniques that allowed the fork to be available to everyone. The fork as we know it today was created in Germany.

The first spoons or instruments with the same purpose were used by man in the Paleolithic and were made of wood or bone. Thousands of years later, they were created with carved mangoes, in the areas of Mesopotamia and Egypt. The spoon was not yet available to everyone, although it was next to the knife were the instruments that were most used in meals. Only the wealthiest families could access them and they were made of wood.

The shape of the spoon

In its beginnings, it was practically flat, which made it very difficult to use. Its present form was acquired in the 14th century and from the 19th century, thanks to industrial manufacture, it became more popular and much more accessible.

The knife appeared in the Middle Ages and was the first item that was incorporated into the cutlery. However, its appearance as we know it today is attributed to Cardinal Richelieu in 1630. At that time people did not distinguish between knives as a utensil in the kitchen or knife so many kings, including Carlos III of Spain prohibited its use on public roads.

The 19th century was the golden one for the knife and that is when most of the knives and knives with different shapes and sizes that we know today appeared. Numerous cities such as Solingen in Germany or Albacete in Spain specialized in the manufacture of knives. From this century it was when, with the appearance of new materials, the knife was incorporated into industrial manufacturing.